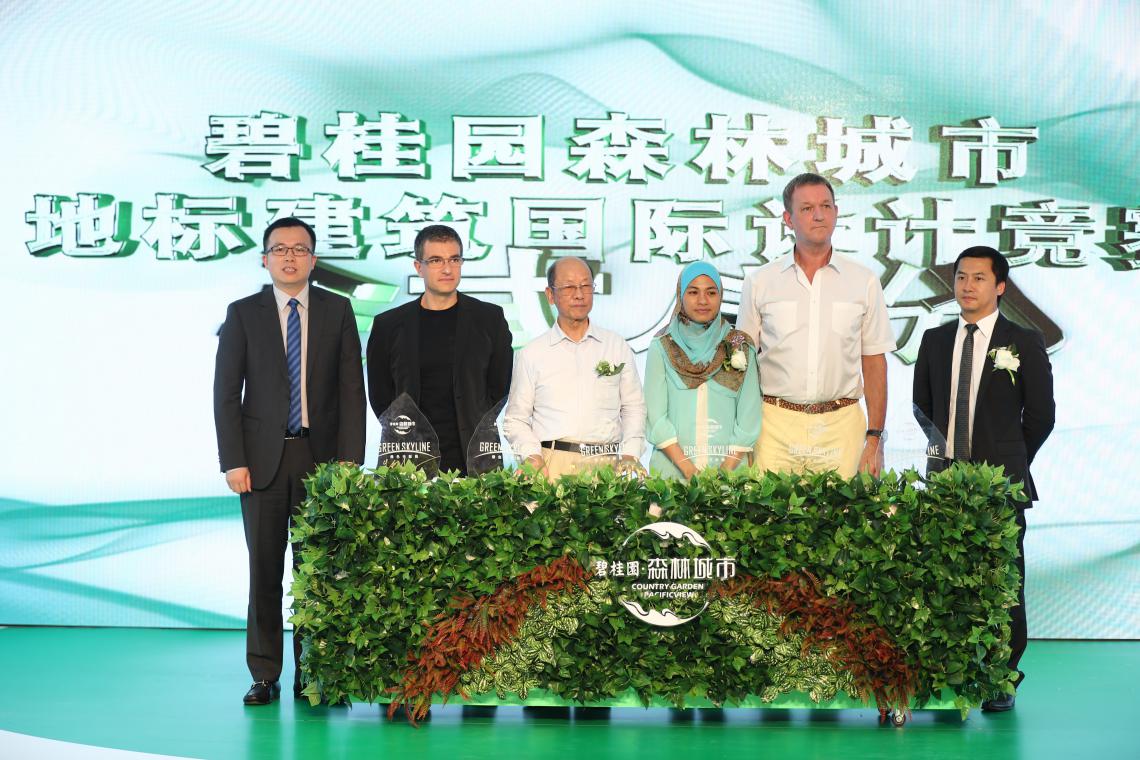 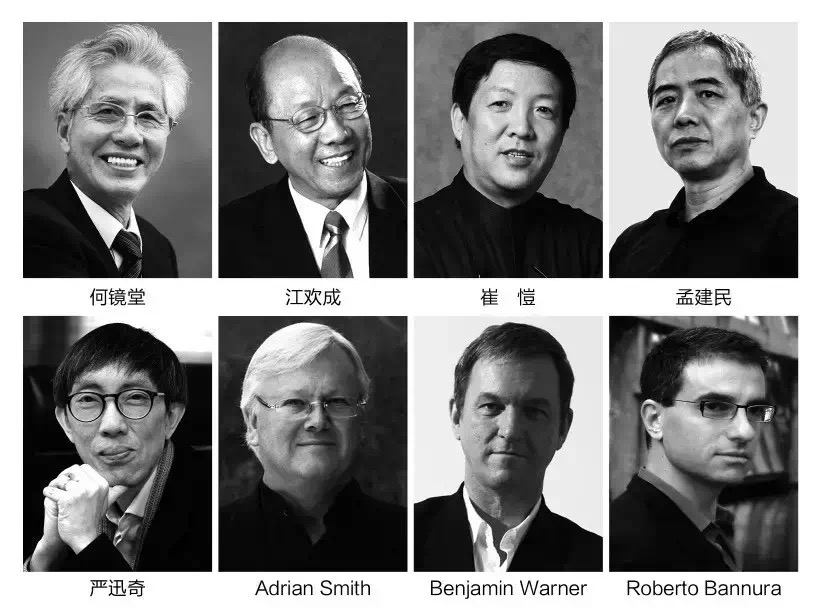 “No academicians advertise or market products for enterprises! But I still attend this press conference of Country Garden after having thought it over. Why? Because I don’t think I am advertising for a company, instead, I am undertaking a cause.” Jiang Huancheng said that construction land in many cities has touched the ceiling, so it is inevitable to build high-rises in large and medium-sized cities, but there are many problems in high-rise buildings, such as low efficiency, high energy consumption, safety and comfort. Forest City of Country Garden is doubtless a helpful exploration seeking to eliminate the discomfort people experience in high-rise buildings, which generally means being down to earth and formally means being green, ecological and environmentally-friendly. 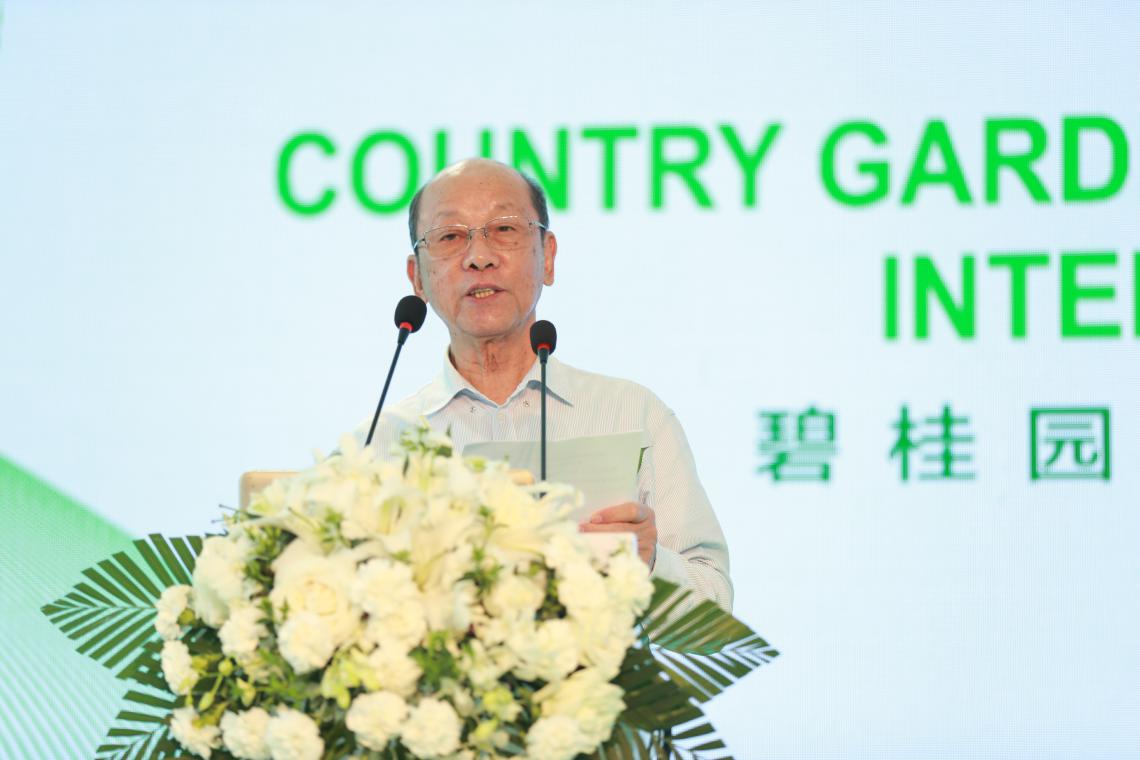 Green buildings become a common pursuit of architects at home and abroad. In the opinion of Benjamin Warner, buildings and the environment should be taken into account in a coordinated manner, responsibility be taken for society and culture, and buildings be able to stand the test of time, make contributions to society even 100 years later and not be laughed at. Roberto said that “when we carry out land development, we must guarantee its sustainability, and this should be a focus. We need to supplement, instead of destroying, the natural environment.” Both of them were puzzled by cities with traffic jams and affirmed the three-dimensional layering and vertical greening design of Forest City. 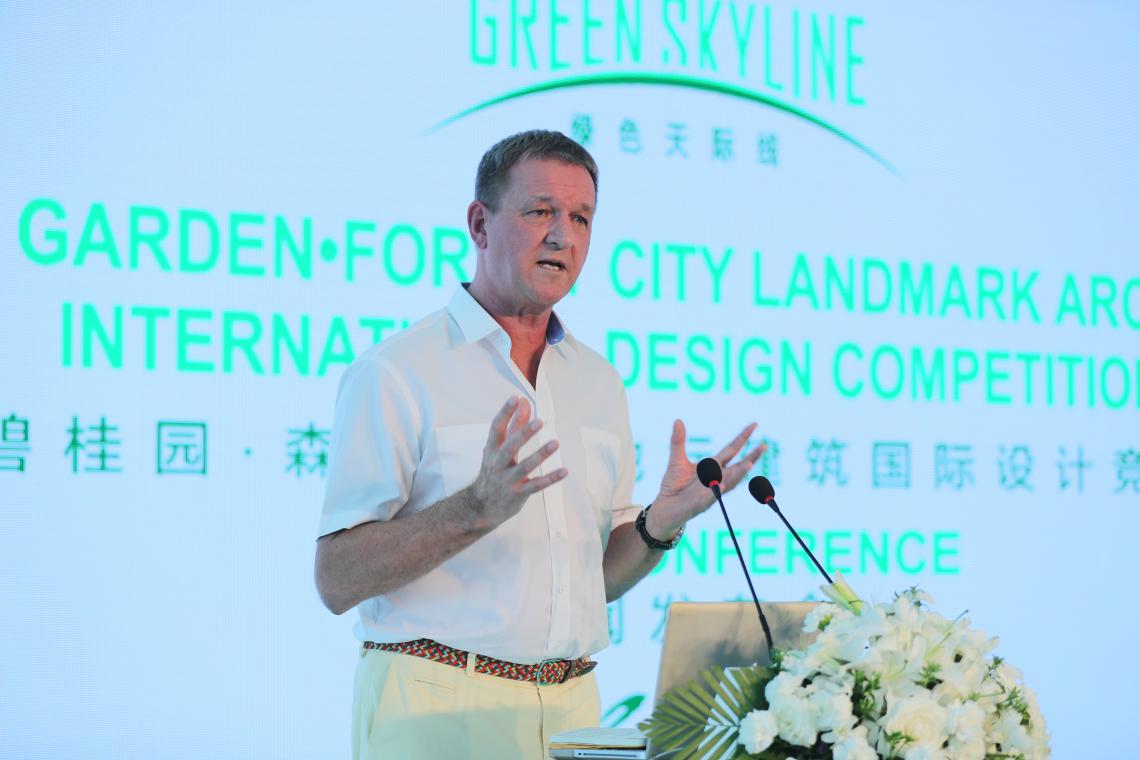 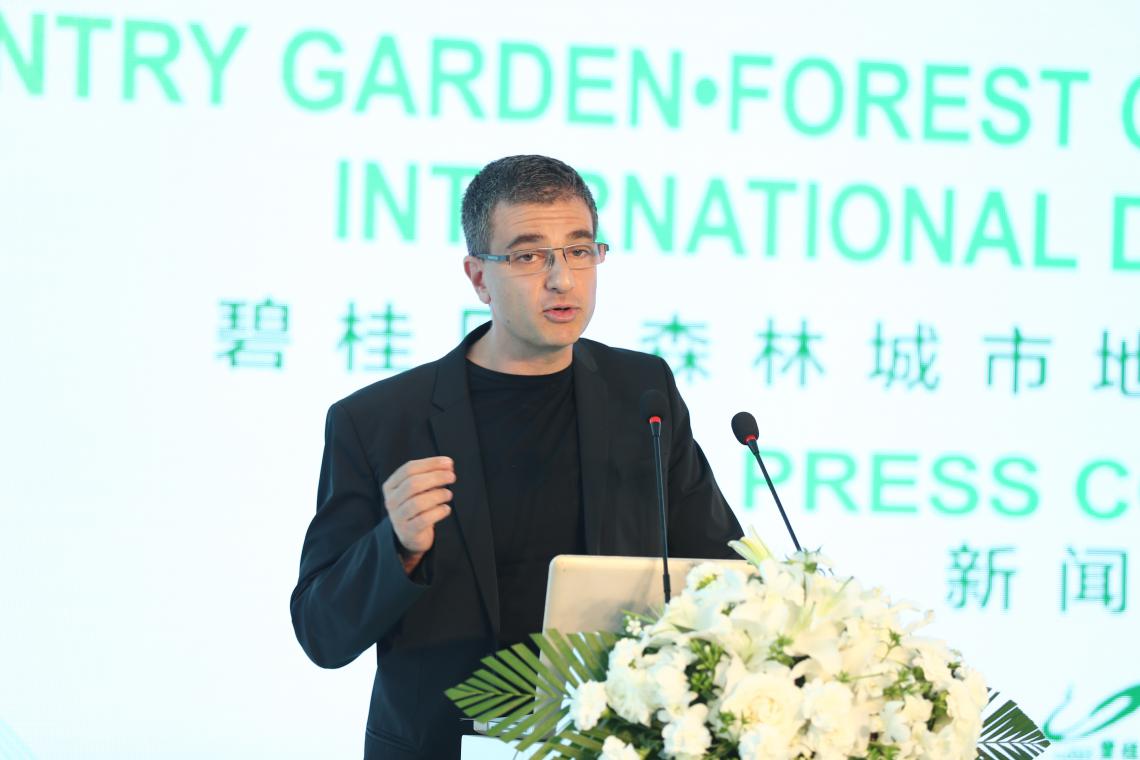 “Music is flowing architecture and architecture is a frozen music.” Zhu Jianmin, Vice President of Country Garden, said, “I have been fond of the saying that architecture will continue pouring out while songs and legends become silent.” 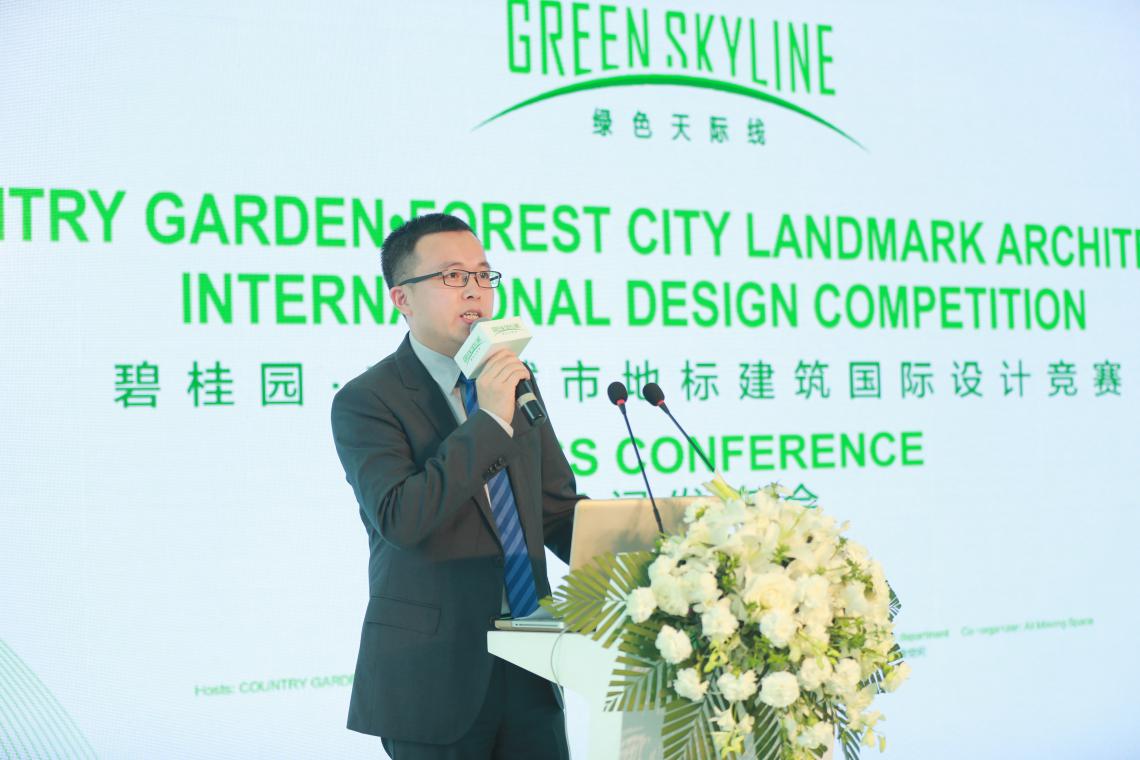 Forest City is a marine city reclaimed from the sea and built by Country Garden, one of Forbes 500, at the border of Singapore and Malaysia, core nodes of the “Belt and Road”, which covers an area of nearly 20km2, with a total investment of about 100 billion US dollars over the next two decades. As an ecological and smart city with cars shuttling underground, Forest City has the exterior walls covered by plants and grounds built into parks. 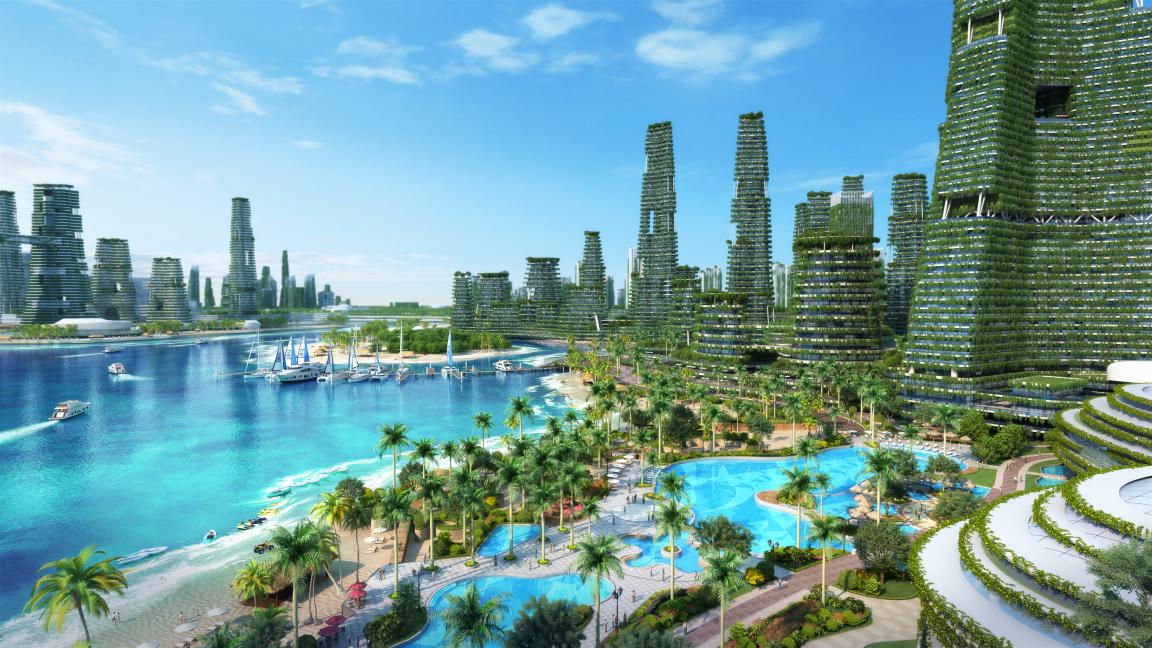 The Award-winning Team Can Establish Strategic Cooperation with Forest City

According to Huang Yuzhuang, Vice President of Country Garden, Forest City is composed of four artificial islands, while research scope of this design competition covers the middle part of the east side of Island One. The northeast of the research scope accommodates the sales gallery, transportation hub and Fisherman's Wharf that have been erected and Forest Hotel to be completed.

Urban design takes into account four plots covering a total area of 24.0 hectares and the design focuses on plot A and B with an area of 8.9 hectares. The landmark building consists of service apartment, high star-level hotel, commercials and customs, which will become the most important core buildings in Forest City in the future; it is required to design a unique landmark ecological complex. Forest City has both water and land customs leading directly to Singapore, and the water customs is arranged at the podium building on plot A and connected to convenience facilities such as duty-free shops, light railway and transportation hub.

The competition contains professional group and student group with the former having one first prize winner, two second prize winners and three third prize winners while the latter two excellence prize winners and four candidate prize winners. The winning team can be a strategic partner of Forest City project and will have a chance to participate in the design of landmark as well as follow-up projects.

It is worth mentioning that the competition provides high bonuses, with the bonus for the first prize winner in professional group reaching 500,000 yuan, the same as that granted by General Administration of Sport of China to gold medalists at London Olympic Games. Even the bonus for candidate prize winners in student group reaches 20,000 yuan/person.

The competition lasts for about half a year, including segments such as competitors submitting works on the official website (http://www.bgy-competition.com/index.html), expert review, design forum, WeChat voting and awarding ceremony, etc. 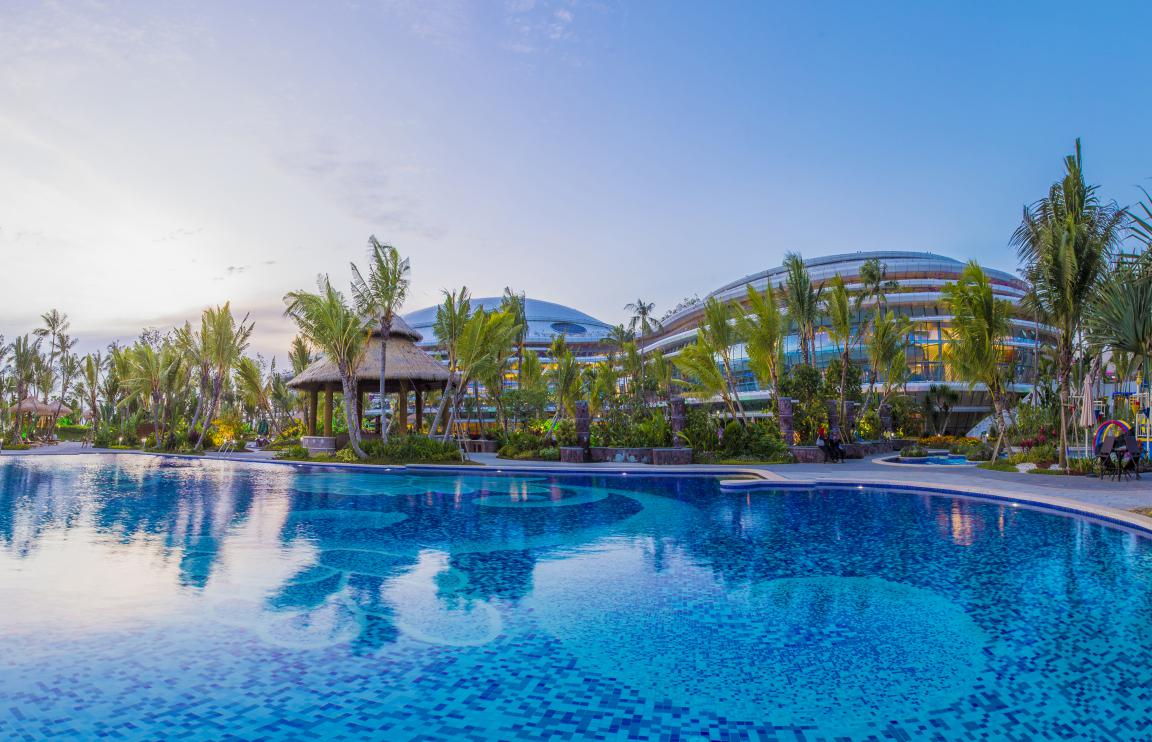